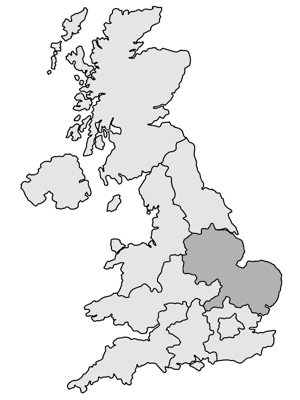 Franchises in the East Midlands and East Anglia

The East Midlands and East Anglia cover a large region with a mix of urban and rural communities.  The larger population centres are concentrated in west of the region, as the M1 winds it's way south from Sheffield in the north of the region down to Milton Keynes where the region borders the South-East region.

There are numerous and substantial population centres along this M1 corridor including Derby, Leicester, Northampton, Nottingham and Doncaster.  East of these are the likes of Grimsby Lincoln, Peterborough and Cambridge.  Much of East Anglia is rural though the popuation centres of Norwich, Ipswich, Kings Lynn, Great Yarmouth and Thetford would provide sufficient population densities to suffice for the majority of franchise business opportunities.

Explore which franchises are available in the locations you are interested in, and start your own successful franchise.

Explore a wide range of franchise opportunities with the ONLINE Franchise Show. If you are not sure what you are lo… t.co/pHXUtJoT4D